Last week I started with a new project and developed a theme using Underscores as the base theme. I always use the “sassified” version and create it with the WP-CLI scaffold command. When I inspected the files, I could see some new files in the directory. But one of the files that is included for quite some time is the package.json file, defining various npm tasks, of which some are responsible to compile Sass files or watch for file changes on those files.

In the past I have usually used the file watchers from PhpStorm. In a blog post from January 2018, I’ve explained how to set such a file watcher up to compile Sass files. This is a good way when you don’t have any other mechanism to compile those files bundled with the software/theme/plugin. But if you develop something that has a compilation task defined in the projects, things can get more complicated, especially when you work in a team with members of that team using different operation systems and default Sass compilers. In the past a Ruby compiler was the recommended option, but as of March 2019, this option has been depecated. Now it’s recommended to use either Dart Sass or Lib Sass to compile your files. I’ve tried out Dart Sass, as it was the only compiler that was producing the exact same CSS files on Windows, Linux and Mac in my tests.

So why not just use one of the new compilers in combination with a PhpStorm file watcher? There are two reasons. First, those file watchers are not easy to set up, especially when the folder structure is different to the default structure. This is the case for Underscores, where the style.scss files it stored in the sass sub folder, but the compiled style.css file is in the root folder. The seconds reason is the possibility of additional compilation tasks defined in the package.json file. A common example for that is a PostCSS plugin like the Autoprefixer. Those compilers would not run on the Sass file watcher in PhpStorm.

Running a watcher from the package.json file

You can run an npm (or similar) task in PhpStorm in two ways. You either start a terminal and run the command there (which will exit, as soon as you close the terminal) or you run it using “Task | Run Gulp/Grunt/npm Task” from the menu bar.

From here you simply double click one of the tasks and it will run in a new task window in PhpStorm. But every time you develop on that project, you have remember to start that task manually, while the file watcher was “starting” automatically. So isn’t there a better way?

Using a startup task to run the watcher

Fortunately there is a very easy way I’ve found some weeks ago. You can define startup tasks that would run every time you open a project in PhpStorm. In the settings at “Tools|Starup Tasks” you can choose from a wide variety of tasks to run. One of them is npm. So first, you just add such a startup task:

If you have ran the npm task manually before, as described above, you can simply select it on the left. If you haven’t you simply create a new task giving it a name, selecting the package.json file and the command and script to run on startup:

The file watchers in PhpStorm are really useful when you work on a project that is not using any task runner. But it’s limited and the setup can be more complicated. Using the startup tasks makes it a lot easier to use the tasks bundled in a projects and ensures that you and your team are all using the same tasks. This can dramatically reduce issues like merge conflict on differently complied files and similar issues. 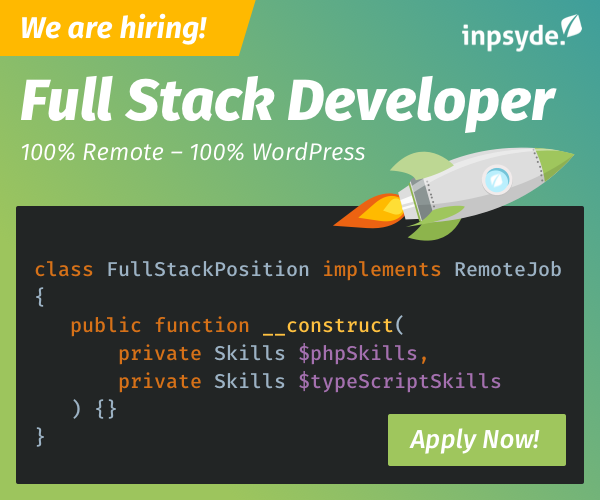